“An enchanting performance enjoyed by both adults and children alike. Wonderfully interactive and a heartwarming story.  A complete sell out event with over 100 very happy, smiling faces in the audience. Thank you.”
Joanna Hughes, Director, Shrewsbury Bookfest on Theatre Fideri Fidera’s Oskar’s Amazing Adventures, May 2019

“Thank you for bringing the production, and the book, to Wigtown and Dumfries. Dumfries was a particularly high point for us as many of the families who attended have never been to the theatre before. They come from a very deprived area of the town and it was a big step for them but they had an amazing time and are raring to come back to our children’s festival next spring. Thank you for ensuring they had such a brilliant and positive experience.”
Anne Barclay, Director, Wigtown Festival on Theatre Fideri Fidera’s Oskar’s Amazing Adventures, September 2018

“Theatre Fideri Fidera’s performance of Oskar’s Amazing Adventure went down a storm in Ryedale. Over 200 EYFS and KS1 children attended from local primary schools and nurseries and there were also children in the audience who were home-schooled and also younger children with their parents and grandparents or child minders. We had to turn schools away as there was not time to arrange a second performance in our schedule.”
“As the show is interactive and has amusing characters and puppets the children were enthralled for 45 minutes. Natasha’s energy and confident performance brought the story to life. The set and props were imaginative, versatile and easy to set up. It was great to have the author who could sign copies of his books after the show and the children enjoyed having their photos taken with Oskar. I would highly recommend the company for book festivals with a young audience.”
Sarah Tyson, Director, Ryedale Book Festival on Theatre Fideri Fidera’s Pitschi, the Kitten with Dreams, September 2017

“This is a charming production which engages very well with its target audience through delightful puppets, beautiful animation, some gentle enjoyable participation for everyone – adults included – and the winning approachability of the performer who engages easily and completely with her audience throughout the performance. Highly recommended.”
Simon Hart, Artistic Director, Puppet Animation Festival on Theatre Fideri Fidera’s Pitschi, the Kitten with Dreams, April 2015 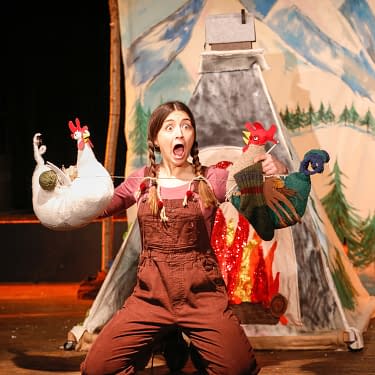 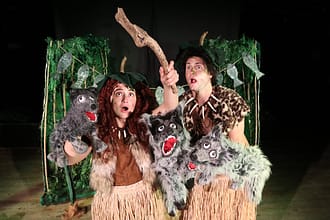 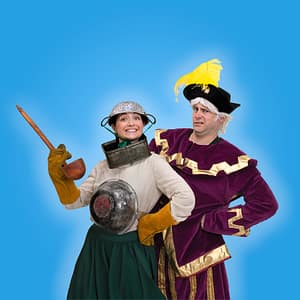 Will Tell and the Big Bad Baron – is taking place at Komedia Brighton, on Sat 16 and Sun 17 July 2022 at 2pm. Join our feisty heroine Will Tell as she sets off on a chivalric quest to rescue her dad Wilhelm from the wicked Boris von Bummelkrachenhofer’s deepest darkest dungeon. Will has read all the Read More
View Calendar
Add